Litquake is pleased to announce a new curatorial program highlighting the Bay Area’s BIPOC & LGBTQ+ writers and thought leaders—Litquake Out Loud. In 2020, Litquake Out Loud will put Litquake’s full event production resources into the hands of five guest curators with the goal of producing a vibrant, impactful series of festival events.

Litquake Out Loud aims to tackle a glaring, urgent problem: there is a serious lack of accessible literary programming for the broader Bay Area community, especially low-income, marginalized audiences. Too many of the Bay’s arts organizations providing literary programming do not do so free of charge, often asking exorbitant rates, and tend to be culturally exclusive. While Litquake still has much work to do in this vein, we are proud of how we’ve made the festival more accessible and diverse in recent years, and wish to continue our efforts to better reflect the make-up and needs of the San Francisco Bay Area as a whole.

Litquake Out Loud represents our continued investment in ensuring that all people are included in the creation of and access to the Bay Area’s historic, thriving arts scene. Cultural equity is a core goal of Litquake’s commitment to diversity, equity, and inclusion.

Litquake Out Loud celebrate curators who have a rich history of organizing and provides them with Litquake’s event production resources and expertise. Litquake will work directly with the curators on event production in the months running up to the festival, helping to find fitting venues (or online spaces!) and appropriate community partners.

Resources provided will include:


Success in this program can take many forms, but will privilege a vibrant, collaborative, mutually beneficial relationship between curators and Litquake. While Litquake’s primary goal is to elevate each curator and celebrate underserved voices, we also hope to expand our capacity as an organization to better serve underrepresented communities at large as is central to Litquake’s commitment to equity, diversity, and inclusion.
2020 Curators 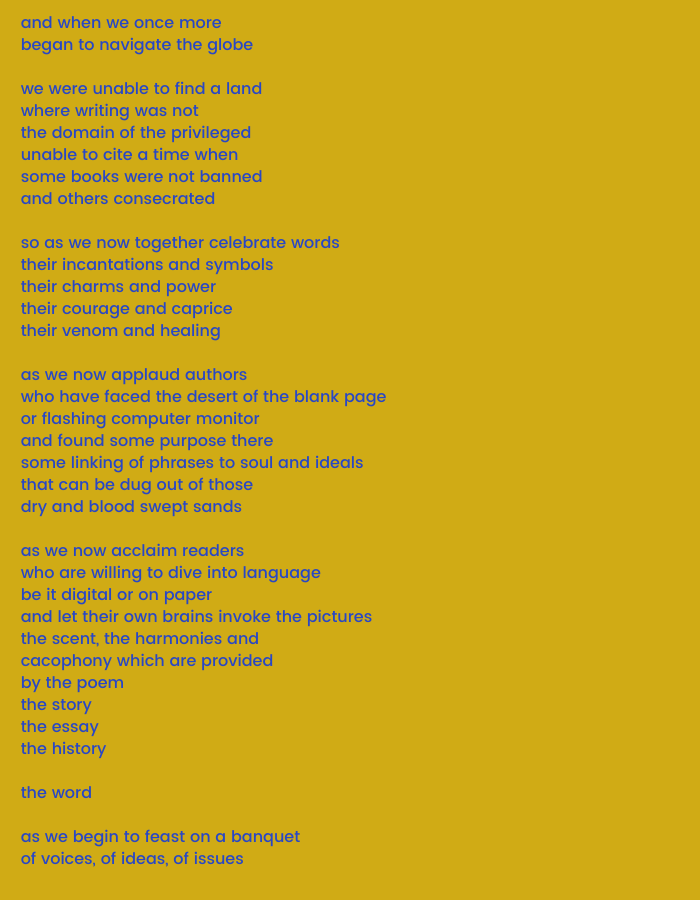 Josiah Luis Alderete
Josiah Luis Alderete is a full blooded Pocho spanglish speaking poet from La Area Bahia who learned to write poetry in the kitchen of his Mama’s Mexican restaurant. He was a founding member of San Francisco's outspoken word troupe The Molotov Mouths and is also a radio insurgente whose stories have appeared on KALW’s “Crosscurrents" and whose show “The Spanglish Power Hour” aired on KPFA. He curates  and hosts the Latinx reading series SPEAKING AXOLOTL in Oakland which happens every third Thursday of the month at Nomadic Press Studios. Josiah Luis Alderete's  book of poems is forthcoming from Black Freighter Press. 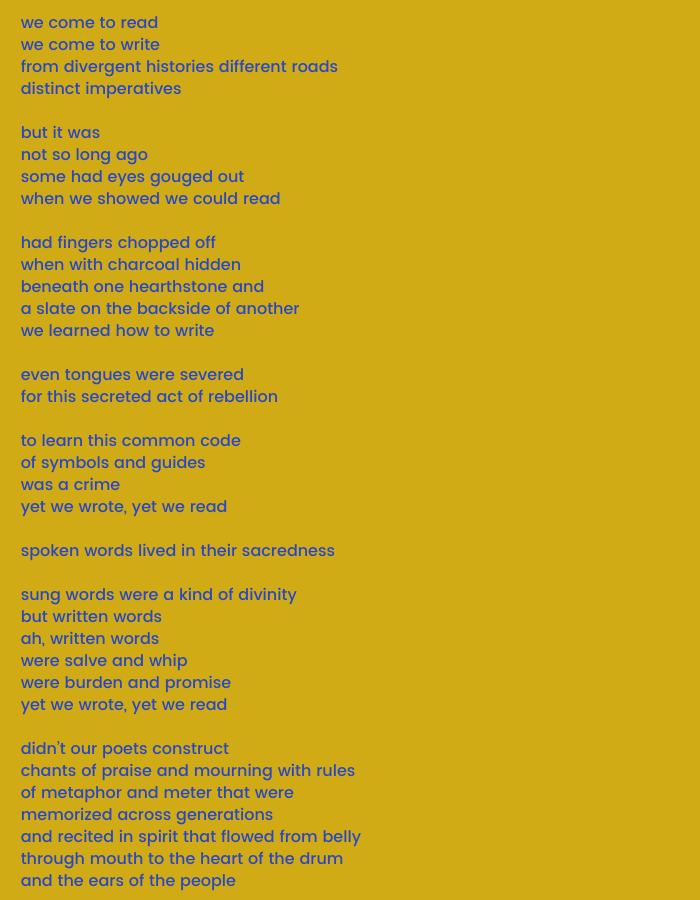 Gabriel Cortez
Gabriel Cortez is a Black biracial poet, educator, and organizer of Panamanian descent. His work has appeared in The New York Times, National Public Radio, Huffington Post, The Rumpus, and The Breakbeat Poets Anthology Volume 4. He is a VONA fellow, #BARS workshop alum, NALAC grant recipient, and winner of the Judith Lee Stronach Baccalaureate Prize. He is a member of the artist collective, Ghostlines, and co-founder of The Root Slam, an award-winning poetry venue dedicated to inclusivity, justice, and artistic growth, as well as Write Home, a project working to challenge public perceptions of houselessness and shift critical resources to houseless Bay Area youth through spoken word poetry. Gabriel currently works as Acting Program Director at Youth Speaks, one of the world’s leading presenters of spoken word performance, education, and youth development programs. 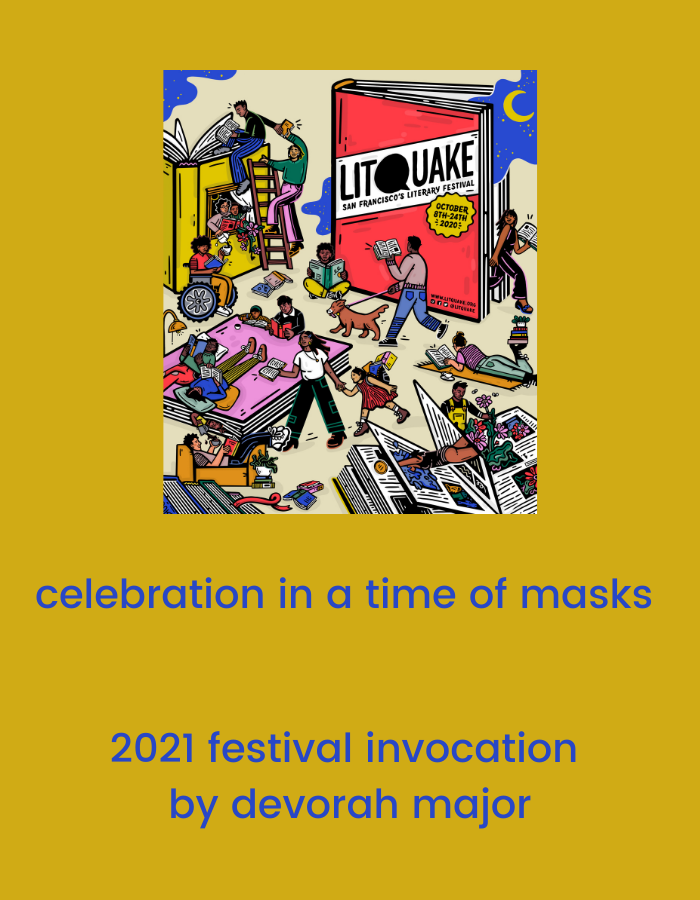 Rachel Khong
Rachel Khong is a writer living in San Francisco. Her debut novel, Goodbye, Vitamin, won the 2017 California Book Award for First Fiction, and was a Los Angeles Times Book Prize Finalist for First Fiction. From 2011 to 2016, she was the managing editor then executive editor of Lucky Peach magazine. With Lucky Peach, she also edited a cookbook about eggs, called All About Eggs. In 2018, she founded The Ruby, a work and event space for women and nonbinary writers and artists in San Francisco’s Mission district. She's currently at work on a novel, and will squirm if you ask about it. It’s fine, it’s all going fine! 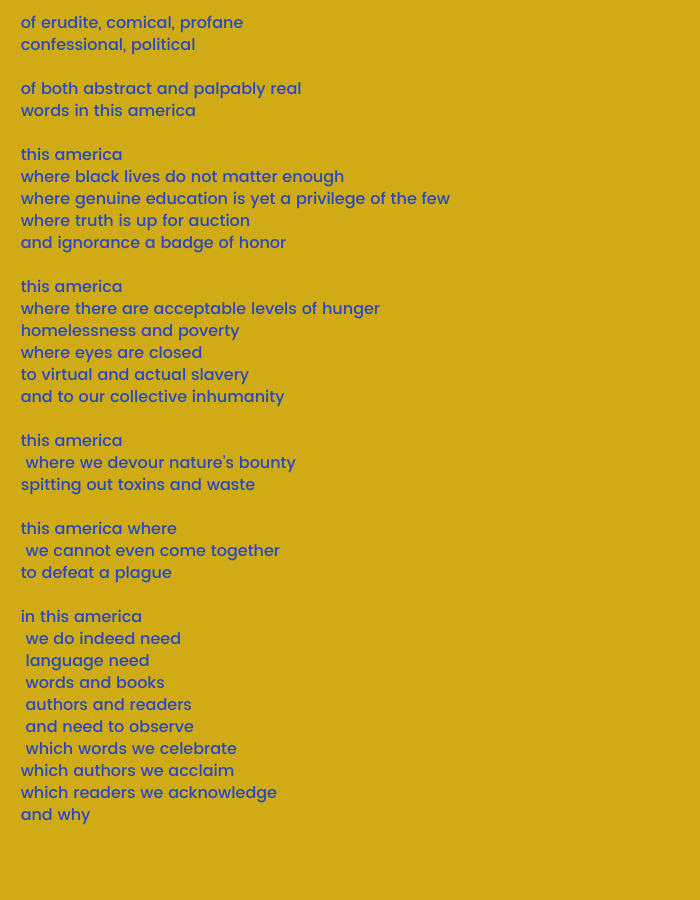 Aya de Leon
Aya de Leon directs the Poetry for the People program, teaching creative writing at UC Berkeley. Kensington Books publishes her award-winning feminist heist/romance series, Justice Hustlers: UPTOWN THIEF (2016), THE BOSS (2017), THE ACCIDENTAL MISTRESS (2018), and SIDE CHICK NATION (2019) which was the first novel published about Hurricane Maria in Puerto Rico. Aya has received acclaim in the Washington Post, Village Voice, SF Chronicle, and The Establishment. Her work has also appeared in Ebony, Essence, Guernica, Writers Digest, Huffington Post, Catapult, The Root, The Toast, VICE, Ploughshares, Bitch Magazine, on Def Poetry, and she’s an advice columnist for Mutha Magazine. In 2020, Kensington will publish her first spy novel, about FBI infiltration of an African American eco-racial justice organization. She is currently at work on a YA spy girl series featuring African American and Latina teens called GOING DARK, as well as a picture book to help talk to children about racism. She blogs and tweets about race, class, gender, culture, and social justice politics on Twitter at @ayadeleon and on Facebook and Instagram at @ayadeleonwrites. 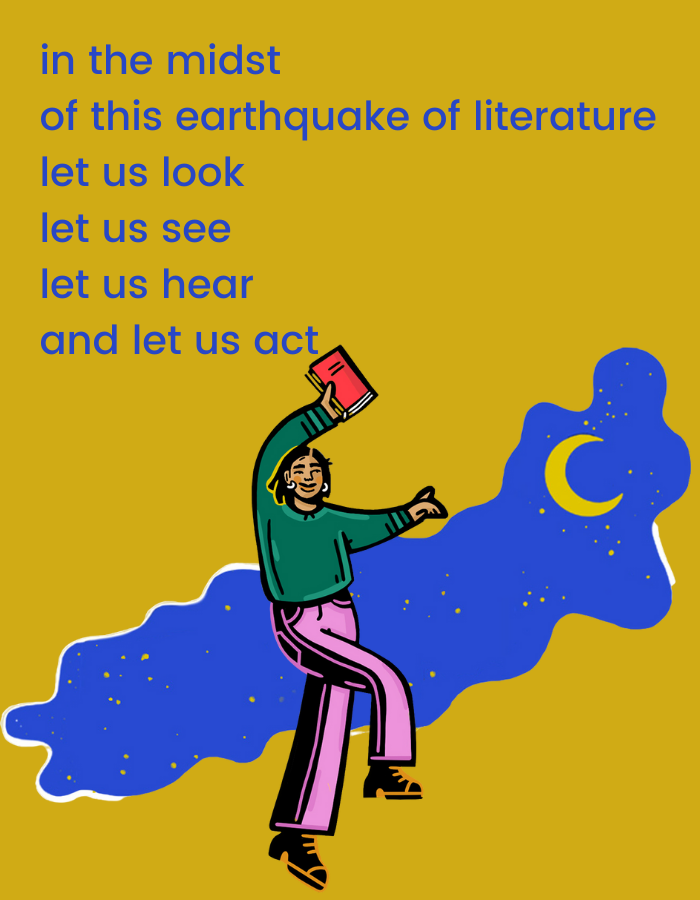 Baruch Porras-Hernandez
Baruch Porras-Hernandez a writer, performer, organizer, professional MC/Host, curator, stand up comedian, and the author of the chapbooks “I Miss You, Delicate” and “Lovers of the Deep Fried Circle” both with Sibling Rivalry Press. He had the honor of touring with the legendary Sister Spit Queer poetry tour in 2019, is a is a two-time winner of Literary Death Match, a regular host of literary shows for KQED, and was named a Writer to Watch in 2016 by 7x7 Magazine. His poetry can be found with Write Bloody Publishing, The Tusk, Foglifter, Assaracus and many more. He has been an artist in residence at The Ground Floor at Berkeley Rep, a Lambda Literary Fellow in Poetry, and Playwriting. He’s been featured in shows with The Rumpus, Writers with Drinks, has performed several times with Radar Productions, LitQuake, and Quiet Lightning. His solo show “Love in the Time of Piñatas” got a clapping man from the SF Chronicle and was performed to sold-out houses at Epic Party Theatre in December of 2019. He is the head organizer of ¿Donde Esta Mi Gente? a Latinx literary performance series, he is an immigrant originally from Mexico, and is currently the lead artist in a multidisciplinary project that will create new Queer Latino Superheroes with MACLA, which stands for Movimiento de Arte y Cultura Latino Americana in San Jose. He lives in San Francisco.
We are grateful for the support of the Zellerbach Family Foundation whose generous support has made this program possible. ​